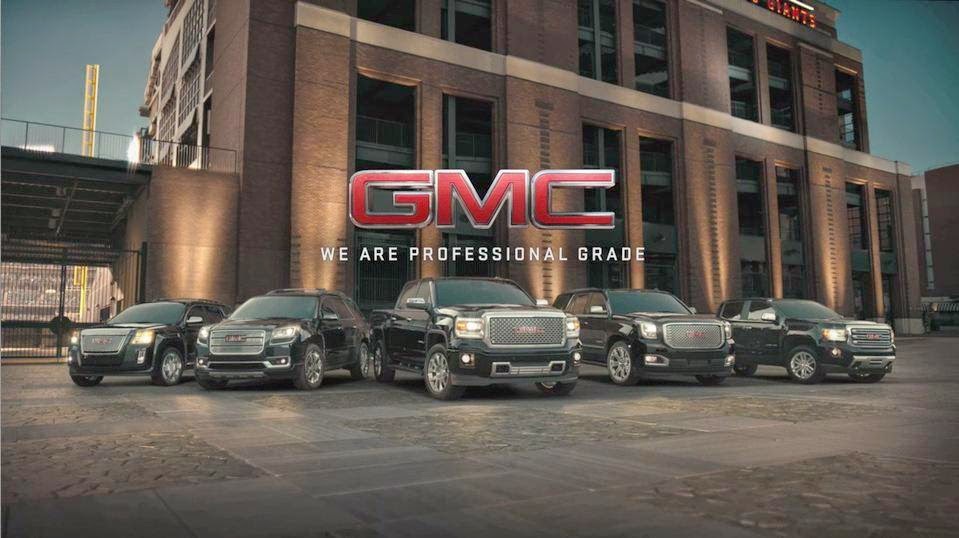 DETROIT – Precision can be the difference between winning and losing, or that element that separates ordinary from a cut above. GMC today unveiled “Precision,” an advertising campaign promoting the brand’s relentless attention to detail, a foundational value for the brand.

The multimedia campaign is part of a major investment by GMC this year that showcases GMC’s full line of premium trucks, SUVs and crossovers, including its popular Denali sub-brand. The entire GMC showroom is featured in the campaign for the first time since the 2000 launch of tagline “GMC: We Are Professional Grade.” The ads represent a broader, contemporary interpretation of the longstanding GMC positioning.

“For discerning GMC customers, Professional Grade has evolved to mean exacting attention to detail and fine craftsmanship in everything they do and purchase,” said Duncan Aldred, vice president of GMC Sales and Marketing. “Precision is a core attribute of the brand and is reflected in GMC’s continued momentum. GMC’s year-over-year sales gains are a strong indicator that premium GMC attributes resonate with customers who seek more from their vehicles.”

“Fastball,” the first of three TV ads developed by GMC and agency-of-record Leo Burnett Detroit begins airing nationally in a 60-second ad on March 2. The ad’s underlying theme is that the same precision and attention to detail applied by pro athletes and accomplished professionals translate to GMC engineers and designers. Ultimately customers who demand superior execution in the products they purchase look for the same level of precision and craftmanship.

“Fastball” opens with a panoramic view of a packed ballpark. The scene shifts to San Francisco Giants left-handed relief pitcher Jeremy Affeldt as he deftly paints the corners of the plate, a “Rembrandt” in baseball terminology. Striking out a batter is one thing; painting the corners of the plate to strike out the batter elevates his craft to a higher level.

As the narrator speaks, shots of Affeldt pitching alternate with GMC vehicle details, such as the French stitching on a GMC leather seat and a grille’s sparkling meshwork.

“Precision, to me, is pretty much everything in the role I play on my team,” said Affeldt, explaining that he continually pushes himself because a lack of precision can contribute to a loss on the diamond. Affeldt’s precise fastball helped his team win the 2014 World Series.

“Swish,” the second of the three TV ads, features basketball forward Harrison Barnes, of the Golden State Warriors, as he sends a ball clean through the hoop without touching the rim.

“When you have that perfect swish, you hear the net and it goes right in,” Barnes said. “That’s precision, and it’s the best shot you can shoot. We’re always striving for that precise movement and pure shot.”

The third TV ad, “Sharp,” draws a parallel with contemporary menswear. The ad juxtaposes the details of an impeccably dressed man, right down to his designer cufflinks, to the precision features on a GMC Yukon Denali.

The “Precision” ads will air throughout 2015, and the campaign will extend to digital, social and print advertising featuring every truck, crossover and SUV in the 2015 GMC lineup.

All three “Precision” ads open with an instrumental portion of The Who’s “Eminence Front,” chosen for its confident tone and technical, precise musical execution.