GMC Takes Fans Along for the Ride at Super Bowl XLIX


Brand takes over Phoenix
with largest onsite presence ever 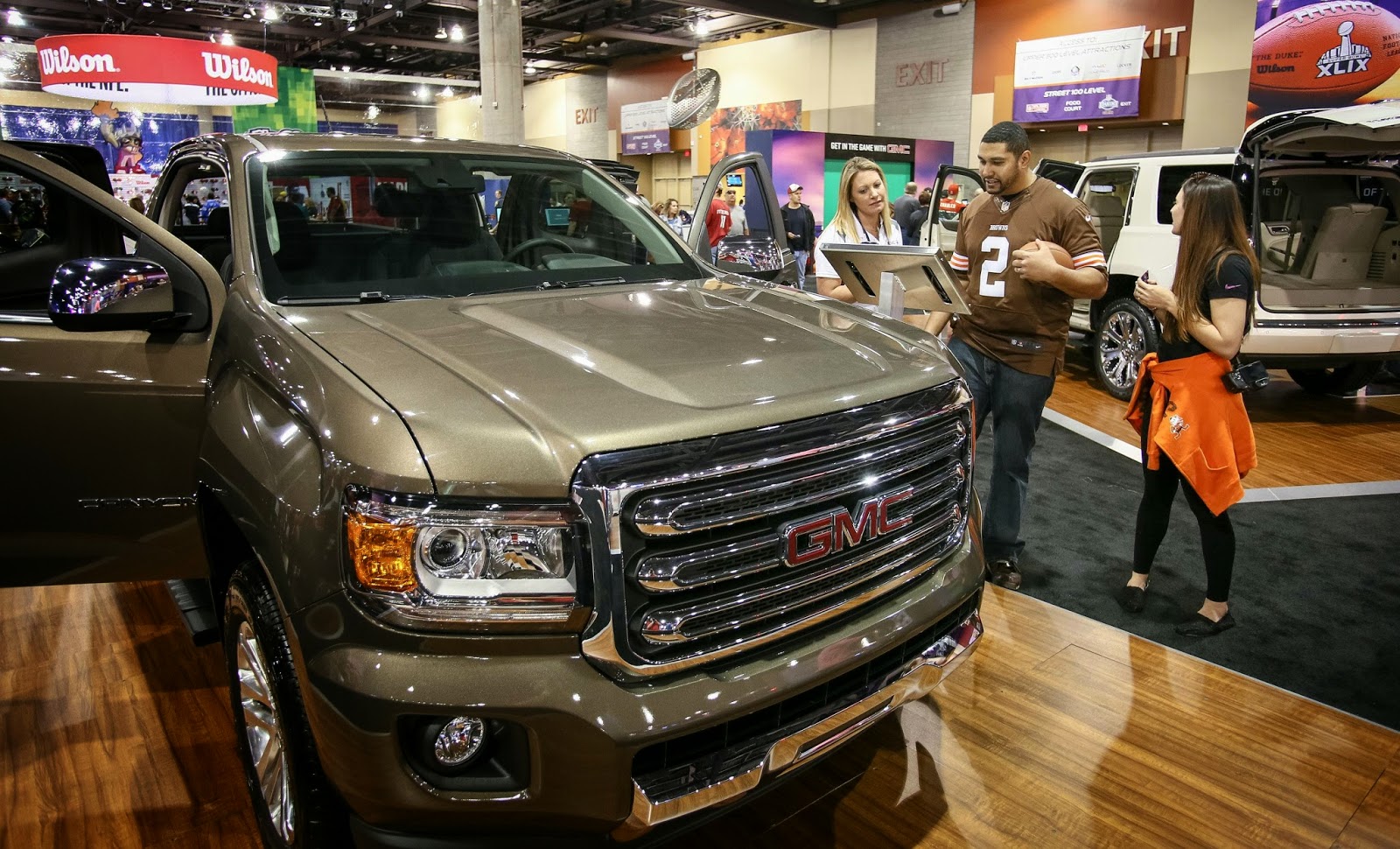 DETROIT – The National Football League’s biggest game is days away and GMC, Official Vehicle of the NFL, is taking fans across the world behind the scenes throughout the weekend.

Hogan will report from unexpected locations around the Phoenix area, interviewing athletes and celebrities from the red carpet, attending private parties and giving the play-by-play from University of Phoenix stadium during Super Bowl XLIX. Fans can follow along and take part using the hashtag #VIPwithGMC.

All the conversation, photos, videos and posts can be viewed at www.tagboard.com/VIPwithGMC where many fans have already begun posting photos in their team’s colors

“GMC looks forward to providing fans and family members a memorable experience throughout the Super Bowl week,” said Duncan Aldred, U.S. vice president of GMC sales and marketing. “Whether it’s behind the scenes via the #VIPwithGMC hashtag or onsite at our displays in and around Phoenix, fans of every team can get involved.”

Super Bowl XLIX
GMC’s presence in the Phoenix area can’t be missed with its more than 600 vehicles supporting the game’s activities – transporting celebrities and VIPs, providing shuttle services, and on display at the NFL Experience Engineered by GMC.

The latter, taking place at the Phoenix Convention Center, opened Saturday with the unveiling of 32 white diamond 2015 GMC Yukon Denalis, each adorned with an NFL team logo on the hood.  The reveal was emceed by ESPN’s play-by-play announcer Mike Tirico.

Inside the convention center, fans can visit various GMC interactive displays and get player autographs, get their picture on the cover of EA SPORTS Madden NFL 15, virtually appear on the jumbotron at the University of Phoenix stadium, and get their caricature created by a digital artist to share via social channels.

Fans can also interact with GMC’s portfolio of 2015 vehicles on display including the all-new GMC Canyon, Yukon and Sierra as well as the entire Denali lineup.

GMC has manufactured trucks since 1902, with innovation and engineering excellence built into all GMC trucks, SUVs and crossovers.  GMC covers the broad spectrum of customer needs in the pickup market with a premium truck in the midsize, light duty and heavy duty segments.  The all-new midsize 2015 GMC Canyon is pure GMC with premium materials, refinement and offers class-leading truck capabilities.  GMC’s highest-volume vehicle, the Sierra pickup, is the most powerful light-duty pickup on the market, and the first full-size pickup to receive the highest-possible five-star Overall Vehicle Score for safety since the National Highway Traffic Safety Administration changed its New Car Assessment Program for the 2011 model year. Details on all GMC models are available at http://www.gmc.com/, on Twitter at @thisisgmc or at http://www.facebook.com/gmc.
Posted by Terry Minion at 4:01 AM