GMC Considering New Model—and It Could Be a Wrangler Fighter 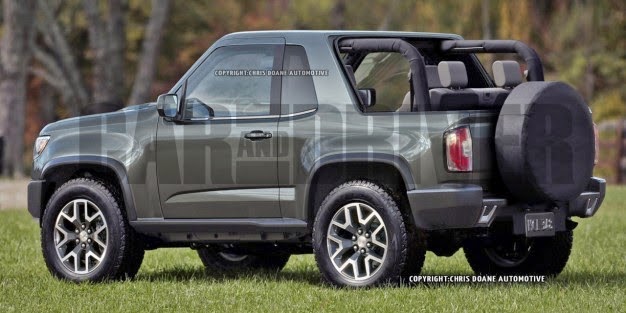 The Wall Street Journal reports that GMC is considering a rival for the popular (and profitable) Jeep Wrangler. During discussions with dealers, GM said it wants to leverage the experience gained from the Hummer brand as the market for SUVs rebounds in the face of lower gas costs.

We spoke to senior vehicle research analyst at Navigant, Sam Abuelsamid, about the notion of a GMC-branded off-roader. “I think it would actually make a lot of sense for GM to do something like this,” he said, pointing at the Hummer’s exploration of smaller, downsized models just ahead of the brand’s discontinuation. “They had the Hummer HX concept back in 2008 (pictured below), which surely would have been built as the H4 if Hummer had not been shuttered.” 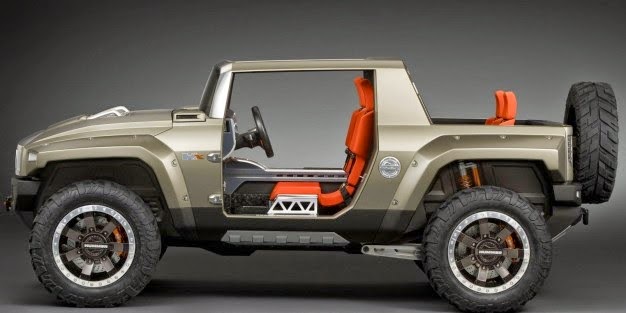 GMC also has the relatively fresh Chevy Colorado/GMC Canyon platform now. Abuelsamid agreed that a shortened Canyon frame would be the perfect chassis to slip under a Wrangler competitor. Leveraging smaller pickup bones to create SUVs is a formula the company used to create the S-10 Blazer/S-15 Jimmy twins. The Canyon offers an inline-4, a V-6, and, soon, a turbo-diesel, all of which would be appropriate powertrains for a fun off-roader aimed at making Jeep sweat. And let’s not forget the Colorado ZR2 concept from this past November’s L.A. auto show. The appeal of a small SUV version of the concept truck is undeniable if you’ve ever enjoyed (or considered) tackling a trail. 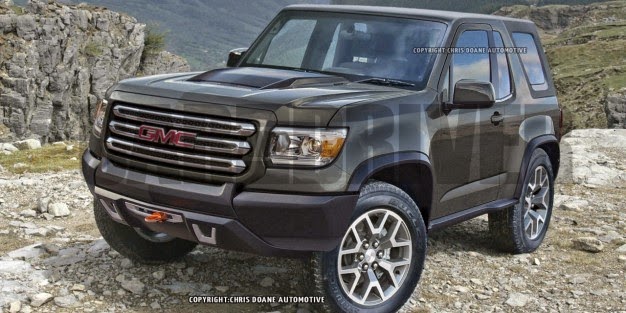 There’s also the profit play. Abuelsamid points out, “The reason GMC survived the bankruptcy is that the auto task force looked at the numbers and saw that GMC customers were willing to pay a premium of several thousand dollars per vehicle compared to the equivalent Chevrolet models, which was mostly pure profit.” The Wrangler is a cash cow for FCA, with top-of-the-line models retailing for more than $40,000 against a base price of just $22,795 for the basic Wrangler Sport. Yet the death of the FJ Cruiser means that it’s basically unchallenged now. Competition is a good thing. A little nudge from GMC could help keep the Wrangler from getting any more civilized than it already is, and even if the GMC off-roader is a niche product, it still could prove to make money for the company.

Then again, the Jeep Cherokee could prove to be a model for GMC, too. GMC’s current Terrain is most definitely a soft-roader, but if Jeep can spin a hard-core Trailhawk version from what’s essentially a modified Dodge Dart chassis, surely GMC could turn the next-generation Terrain into something highly capable. That would perhaps also allow GMC and Chevrolet to better define and separate the Terrain and its platform partner, the Equinox. 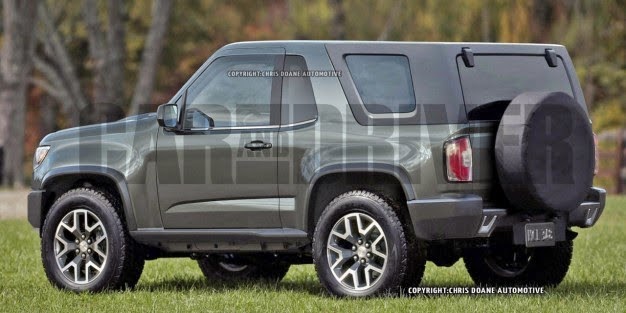 Of course, there’s also a chance that all of this new-GMC smoke could make for a much less exciting fire in the form of a reworked, GMC-badged version of the wee Chevrolet Trax or even simply be a repackaged and reimagined next-generation Acadia to better align shared GMC/Buick dealerships, as speculated by this Ward’s Auto report.

What’s GMC’s take? We reached out to brand spokesperson Brian Goebel, who declined to comment on any speculation surrounding future GMC products.

A version of this story originally appeared on roadandtrack.com.

Research Vehicles
Posted by Terry Minion at 6:30 AM