GMC Offers Special Pricing for All Veterans Through June 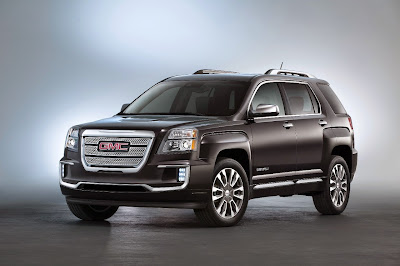 DETROIT – For U.S. military veterans waiting for the right time to purchase a GMC truck, crossover or SUV, GMC is expanding the GM Military Discount to all veterans – regardless of separation date – through June 30.

“The process was easy – all I had to do was show my DD Form 214 separation papers and my dealer (NeSmith Chevrolet Buick GMC Inc. in Claxton, Ga.) took care of everything,” said Scott, who served eight years in the U.S. Air Force, most recently at Lackland AFB in San Antonio, Texas. “I love my Terrain, and it was nice to put the savings toward other things I needed to take care of.”

First offered in 2008, the GM Military Discount Program features pricing below the suggested retail price for eligible vehicles. It can be combined with most other current incentives from GMC, as well as a $750 discount for USAA Insurance members. Customers must take delivery by June 30, 2015.

“At a time when more Americans have been buying trucks, crossovers and SUVs, it is a privilege to have the opportunity to make a GMC more attainable to the men and women have served this country,” said Duncan Aldred, U.S. vice president, GMC sales.

All GMC models, including the Denali trim, are eligible for the GM Military Discount:

GMC and the military: A distinguished history

GMC’s relationship with the U.S. military dates to World War I, as trucks began replacing horses and mules to transport troops, serve as ambulances and provide other tactical support. In 1916, the GMC Model 16 was chosen for the Class AA standard ¾-ton truck by the U.S. Army for the duration of the war.

GMC delivered its first “Ducks” – finished on a repurposed bus assembly line – to the U.S. Army in 1943. A unique central tire inflation system allowed the driver to adjust tire pressure from his seat. Higher pressure made the craft navigable on pavement; lower pressure provided better flotation and traction on soft ground, such as beaches. The last Ducks were produced in 1945; surviving units were used for military training and in the tourism industry.

In 1944, GMC received the Army-Navy “E” Award for Excellence in the war effort. The U.S. Army considered the GMC 2½-ton 6x6s the best trucks in service, and the GMC Duck the most outstanding of new ordnance weapons.

GMC’s military support continued beyond the world wars. In 1963, GMC built specially designed tractors for the U.S. Air Force to transport Minuteman guided missiles. In 1991 and 1992 during the Persian Gulf War, GMC light trucks were delivered to the joint military forces of Saudi Arabia. They included heavy-duty pickups converted to troop/cargo carriers and 900 heavy-duty chassis cabs with ambulance bodies.

Learn more about how to purchase a new GMC vehicle using the GM Military Discount at gmmilitarydiscount.com.

About GMC
GMC has manufactured trucks since 1902, with innovation and engineering excellence built into all GMC vehicles. The brand is evolving to offer more fuel-efficient trucks and crossovers, including the Terrain small SUV and Acadia crossover. GMC’s highest-volume vehicle, the Sierra pickup, is the most powerful light-duty pickup on the market, and the first full-size pickup to receive the highest-possible five-star Overall Vehicle Score for safety since the National Highway Traffic Safety Administration changed its New Car Assessment Program for the 2011 model year. Details on all GMC models are available at http://www.gmc.com/, on Twitter at @thisisgmc or at http://www.facebook.com/gmc.