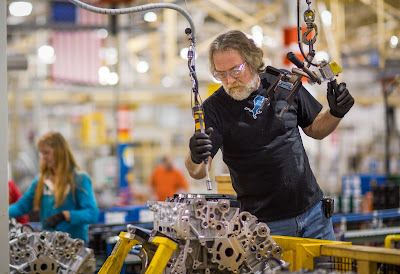 FLINT, Mich. – General Motors will invest more than $356 million in a new engine line in Flint and driveline and powertrain components in Saginaw and Grand Rapids, creating more than 50 jobs and helping to retain nearly 500 positions.

“The agreement with GM on MEGA credits helps Michigan’s budget forecast. And today’s announcement that it is investing in Saginaw, Flint and Grand Rapids proves the company wants to retain a strong presence in Michigan,” said Gov. Rick Snyder.

“The fact that GM is committing to invest $1 billion by 2030 here is even better news. It’s a globally competitive environment, and GM’s announcement shows it appreciates that Michigan is a Comeback State with a skilled work force and exciting expansion opportunities.”

Details pertaining to the engine programs and associated vehicles will be released at a later date.

“The membership and leadership of Region 1-D are excited about this investment in our area and our work force,” said UAW Region 1-D Director Gerald Kariem. “These investments were earned with the quality and skill our membership brings to their jobs every day, and we appreciate GM giving us the opportunity to continue to prove the UAW work force is world class. Congratulations, GM and UAW Locals 659, 668 and 167.”