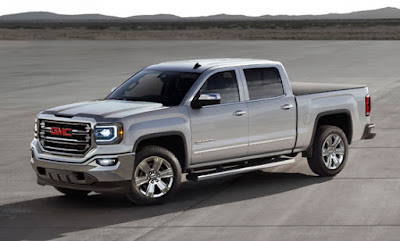 GMC announced today that it will add a mild hybrid system to the Sierra 1500 half-ton pickup, which it said will improve both fuel economy and performance.

The eAssist system will be available only on 2016 Sierra 1500 SLT crew-cab two-wheel-drive models with the SLT Premium Plus Package. GMC said it will make only 200 eAssist models this year (all to be released in California) and then adjust the mix across the country if the system proves to be popular. It pairs with GM's 5.3-liter V-8 engine, which is standard on this trim level. Final pricing for the new powertrain system has not been announced at this time, but new eAssist pickups should be getting to California dealerships by May.

As a mild hybrid system, eAssist is very different from the full hybrid powertrains once found in the Sierra 1500 and Chevrolet Silverado 1500 (discontinued after the 2013 model year). Those pickups could cruise on electric power at speeds of up to 30 mph, but that's not the case with eAssist. Rather, it serves to augment the capability of the V-8 off the line and at speed, providing an extra 44 pounds-feet of torque and 13 horsepower in situations where an extra boost of power is needed for a short amount of time. Additionally, the use of the electric mode enables the engine to stay in four-cylinder mode longer and more often in certain situations.

The electric motor also doubles as a generator, capturing energy during braking to recharge the battery. The battery is a 24-cell 0.45 kilowatt-hour lithium-ion battery pack situated underneath the middle of the front seat and weighs roughly 100 pounds.

GMC also has layered other fuel-saving technologies into the eAssist system, including stop-start capability and aerodynamic improvements such as a soft tonneau cover and active grille shutters, which close at speeds more than 30 mph.

The EPA estimates that adding the eAssist system will bring fuel economy to 18/24/20 mpg city/highway/combined, an improvement of 2 mpg for each category. Adding the eAssist system doesn't affect the Sierra 1500's capability; its max trailering rating remains at 9,400 pounds, and we assume payload capacity is down slightly given the extra weight.