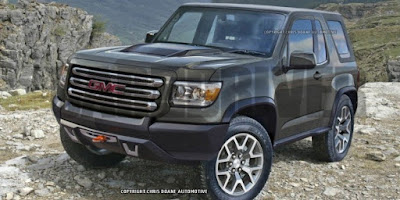 DETROIT – Chevrolet, Buick, GMC and Cadillac dealers in the United States delivered 259,353 vehicles in June 2015. Retail deliveries climbed 7 percent year over year, and they were up more than the industry for the third month in a row. The drivers were stronger Cadillac sales, a 12 percent gain at GMC and a 9 percent increase at Chevrolet. Together, they helped make the month General Motors’ (NYSE: GM) best June for retail deliveries since 2007 and its best June for retail market share since 2011.

GM increased its sales to commercial customers, and state and local government fleets, as well. Rental deliveries, which tend to be less profitable than retail sales, were down 45 percent as a result of GM’s previously announced plan. Total fleet sales in June were down 29 percent year over year, or 21,366 units. GM’s total sales were down 3 percent.

“We just wrapped up the U.S. auto industry’s best six months in a decade, driven by strong demand for pickups and crossovers,” said Kurt McNeil, GM’s U.S. vice president of Sales Operations. “People feel good about their jobs and the direction the economy as a whole is taking, so the second half of the year should be strong too, and that’s especially good news for Chevrolet and GMC, brands that have very broad truck and crossover portfolios.”

Industry sales continue to exceed expectations. GM estimates that the seasonally adjusted annual selling rate (SAAR) for light vehicles in June was 17.3 million units.
During the first half of 2015, GM gained retail market share in both the crossover and truck segments, according to J.D. Power PIN estimates. GM’s crossover share is 12.6 percent, up 0.4 percentage points compared to a year ago. GM’s truck, van and SUV share is 38.9 percent, up 2.1 percentage points.

Most of the truck market share gain comes from the ongoing success of the Chevrolet Silverado and GMC Sierra full-size pickups, which were redesigned for the 2014 model year. Since calendar year 2013, GM’s retail share of the segment has grown 0.9 percentage points to 38 percent, according to PIN.
Market share and average transaction prices (ATPs) were particularly strong in the second quarter of 2015. According to PIN, GM’s retail share in the segment was up 2.8 points year over year to 40.2 percent. ATPs were up almost $1,000 per unit, and incentives were flat.

June Sales Highlights vs. 2014 (except as noted)
Total Sales

Chevrolet
•    Pickup deliveries were up 33 percent.  The Silverado was up 18 percent.
•    Colorado sales were 6,558 units, and it remains America’s fastest-selling pickup with a “days to turn” of 15 days. The truck had its best June sales since 2007.
•    The Trax, Chevrolet’s newest crossover, had sales of 5,971 units for its best month since launch. It helped Chevrolet deliver its best June crossover sales ever.
•    The Spark, which was up 4 percent, had its best June ever.

Cadillac
•    SRX deliveries were up 24 percent for its best June ever.

Chevrolet
•    The Silverado was up 22 percent, surpassing the Ford F-Series.
•    The Traverse crossover was up 3 percent, the Camaro was up 14 percent and the Spark was up 31 percent.
•    Both the Malibu and Impala posted sales increases.

GMC
•    GMC has grown its retail sales for 17 consecutive months.
•    The Acadia was up 24 percent for its best June ever. Sierra was up 13 percent.

Buick
•    Encore deliveries were up 22 percent.

Cadillac
•    Cadillac was up 3 percent. The SRX was up 45 percent for its best June retail sales ever. The ATS was up 6 percent and CTS sedan sales were up 7 percent.