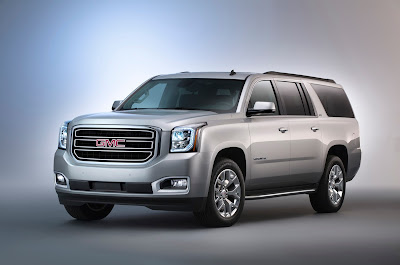 ARLINGTON, Texas – In its largest single plant investment in the U.S. this year, General Motors announced today $1.4 billion for a range of improvements to its Arlington Assembly Plant to more competitively produce high-quality full-size SUVs.

The investment allows the plant to be reconfigured with a new paint shop, body shop and general assembly area upgrades. Construction is expected to begin this summer and take approximately three years to complete. Production schedules for Chevrolet Tahoes and Suburbans, GMC Yukons and Yukon XLs and Cadillac Escalades will be unaffected by the construction.

“This super-sized investment reflects GM’s commitment to our full-size SUV customers who expect nothing but the absolute best from us and their vehicles,” said Cathy Clegg, GM North America Manufacturing and Labor Relations vice president. “Today’s investment will contribute to Arlington Assembly’s winning tradition marked by strong customer focus, innovative thinking and teamwork.”

Since 2011, GM has invested nearly $2 billion in manufacturing improvements at Arlington Assembly including today’s announcement, the launch of the current full-size SUVs and a new stamping plant.

“I have seen first-hand the success that is possible for a city when GM supports the communities where they work and live,” said Arlington Mayor Jeff Williams. “The city of Arlington has benefited tremendously from the strong business and foundational support from GM. This new investment in Arlington solidifies its continued stewardship and commitment to our community.”

This has been a monumental year for the more than 60-year-old assembly plant. Arlington Assembly celebrated its 10 millionth vehicle build, hosted GM’s Board of Directors and provided $100,000 in GM Foundation grants to local community organizations. Meanwhile, the UAW-GM team continues to work regular overtime in the only GM plant to make award-winning full-size SUVs for Chevrolet, GMC and Cadillac customers globally.

“By working together, the UAW and GM are making a difference in communities across the United States,” said UAW Vice President Cindy Estrada, who leads the union’s GM Department. “These investments represent the power of our collaboration to create jobs and improve competitiveness, quality and our manufacturing base in this country.”

Since June 2009, GM has announced U.S. facility investment of approximately $17.8 billion. About $12.4 billion of that has come since the 2011 UAW-GM National Agreement. In total, these investments have created 6,250 new jobs and secured the positions of approximately 20,700 others.

General Motors Co. (NYSE:GM, TSX: GMM) and its partners produce vehicles in 30 countries, and the company has leadership positions in the world's largest and fastest-growing automotive markets. GM, its subsidiaries and joint venture entities sell vehicles under the Chevrolet, Cadillac, Baojun, Buick, GMC, Holden, Jiefang, Opel, Vauxhall and Wuling brands. More information on the company and its subsidiaries, including OnStar, a global leader in vehicle safety, security and information services, can be found at http://www.gm.com
Posted by Lehmers Work Trucks at 8:30 AM